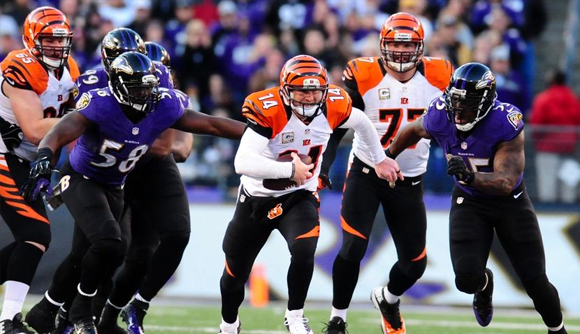 Despite losing some key players on defense, the Ravens are favored to win the AFC North title for the first time since 2012. To achieve this, they will have to end their losing streak against Cincinnati, as they have lost four of their past five and last year they were swept for the first time since 2009. Baltimore’s offense has struggled against Cincinnati and has failed to score more than 17 points during his slump. However, they are favorites to win this meeting in the NFL betting Odds (-3). The team led by head coach John Harbaugh is 1-4 SU and 1-4 ATS in the last five against the Bengals.

Player to watch: Defensive tackle Brandon Williams will be the one to fill the gap left Haloti Ngata and will be an important piece to stop the running game of Cincinnati, which will be led by Giovani Bernard and Jeremy Hill, who in 2014 combined for 1,804 yards and 14 touchdowns.