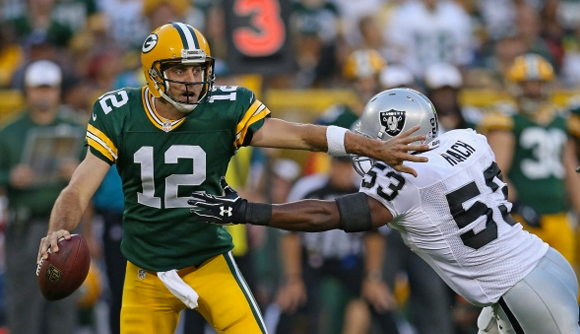 The Chiefs will visit Lambeau Field for the first time since 2003, and they expect to maintain their good run in one of the toughest stadiums in the NFL. Andy Reid’s team has never lost in the Frozen Tundra; they have three wins and a draw. Including their clash in Super Bowl I, the Cheeseheads have been able to win only three of the 11 games of the series and the last time was eight years ago by 33-22 at Arrowhead Stadium. Green Bay is listed with -5.5 in the NFL Odds to win this Monday night game, but it is with 1-4 SU and 1-4 ATS in the last five against Kansas City.

Player to watch: Wide receiver Jeremy Maclin will try to help an offense that was No. 29 in passing yards last season with an average of 198.9 yards per game. Former Eagles player had 1,168 yards and 10 touchdowns in 2014 and could exploit the Green Bay weak secondary.