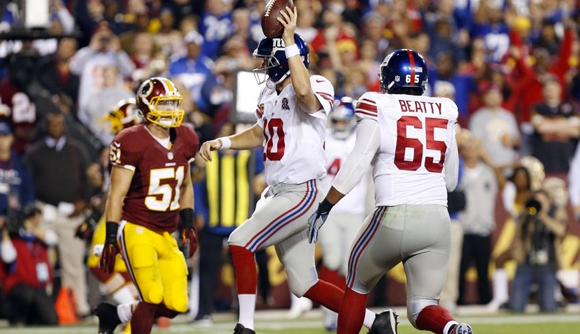 Tom Coughlin’s team could come into this game with two losses after facing Dallas and Atlanta, so it will be a very important match for them. The good news for the Blue Men is that they have won four straight against the Redskins and have not lost at home in the series since 2011. New York is favorite in the NFL betting lines -2.0 to win their fifth straight game against Washington. Jay Gruden’s team has only four wins in their last 18 meetings against the Giants, but two have been in the Big Apple.

Player to watch: Wide receiver Odell Beckham will try to repeat his performance of last year against the Redskins after catching 12 passes for 143 yards and three touchdowns. Washington was one of the worst defense against the pass last year, accepting 249.4 yards per game. Other games of great interest in this week are Chicago Bears-Seattle Seahawks (-9.0), Denver Broncos-Detroit Lions (Pick’em) and Philadelphia Eagles (-2.5) -New York Jets.